Ethan Turner - Says his mother “Ethan took up running in 2018 and due to his increasing ability and interest, he joined a running club this year. He decided to use the ITP support association as his motivation to train towards taking part in the Great East half marathon held in Ipswich on 22nd September. 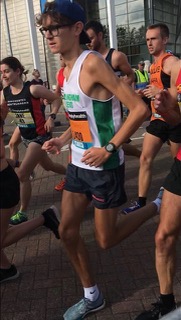 Despite Ethan’s little sister, Freya, now in remission following her diagnosis 6 years ago, the Support Association continues to be dear to us, not least because we have a friend whose ITP journey has continued. I’m delighted to say that Ethan raised £455 and came a respectable 20th out of 4,000 runners in the Great East Run!” Well done for raising £455!